New Paint: A Look at Changes in Equipment Ownership Costs 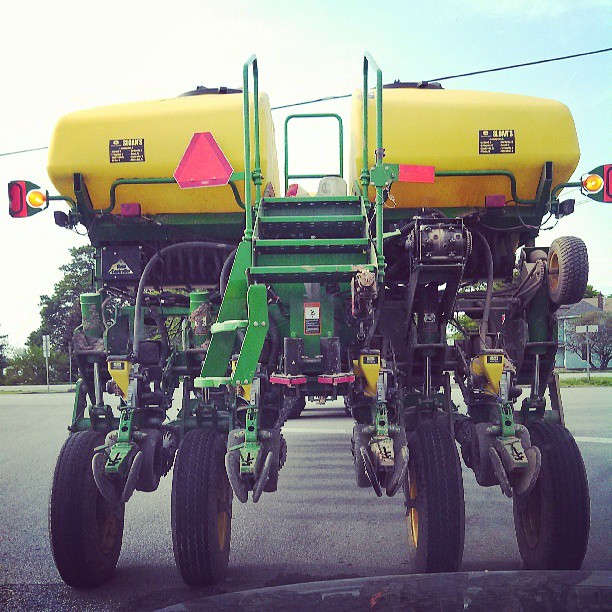 As farm incomes jumped in recent years, so did the interest in newer farm equipment. While the reasons producers update their equipment line can vary from increasing efficiency to managing taxable income, it’s important to understand how these changes may impact the underlying cost of production.

Depreciation is an expense meant to capture the deterioration of capital assets over time.  Capital assets that are depreciated can include a lot of things, but machinery is probably the largest and most common depreciable asset in production agriculture.

Over the time period, commodity prices and farm revenue also increased, so it’s important that changes are considered relative to the changes in farm revenue. The line graph in Figure 1 (right axis) show deprecation as a percentage of revenue. This story is slightly less alarming, but shows the same general trend. From 2004-2008, deprecation accounted for 4-6% of revenue. From 2009-2012 depreciation jumped to 7%, or so, of revenue. The most recent data, 2013, showed that depreciation accounted for nearly 9% of revenue. So while the total depreciation expense was increasing in absolute terms, it has also increasing in relative terms and accounts for a larger slice of total farm revenue. Keep in mind that if revenues decline, the percentage of revenue claimed by this fixed expense will increase substantially.

Another way at looking at upgrades lines of agricultural equipment is by considering the investment in machinery. From the KFMA data, Figure 2 shows the machinery investment per acre from 2004-2013 (left axis).

Over the decade, the average machinery investment per acre grew at an annual rate of 8.2%, more than doubling as it increased from $125 per acre to more than $250 in 2013.

Pulling it all together

Producers need to keep in mind their purchases of equipment (depreciation), the level of investment they are operating (machinery investment), and overall machinery expenses. As farm revenues (and the value of farm production) decline in 2014, the strategies used to purchase and maintain their equipment lines will likely need to adjust.