Fertilizer Prices and the Long Run 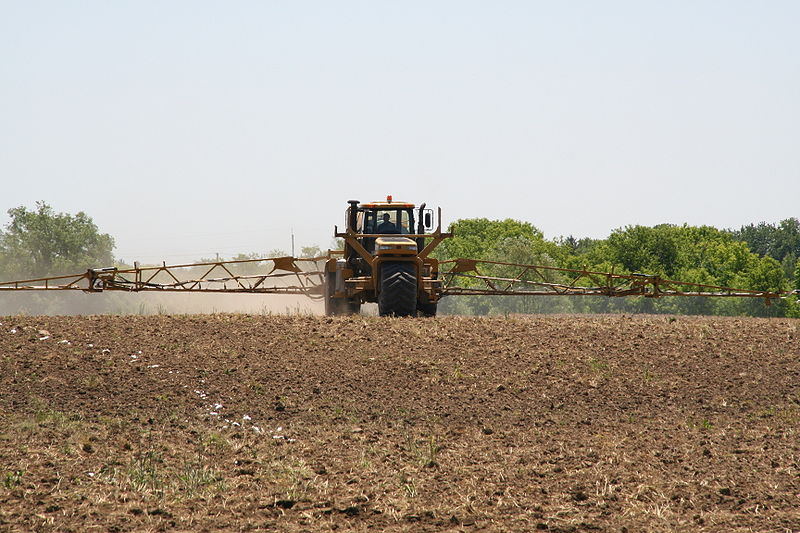 by David A Widmar

As farmers sharpen their pencils to finalize plans for the 2015 crop year, they are likely find compressed profit margins.  Lower commodity prices are being met by little – if any – relief from input prices. The 2015 Purdue crop budgets estimated variable costs at $458 per acre for raising corn in high productivity soils; up from $450 in 2014. Meanwhile, the budgets estimate revenues at $693 per acre, or 26% lower than 2014.

Given the prominent role that fertilizer plays in the budget it is usually one place that people start to look for savings. This is especially the case for corn. The Purdue crop budgets estimate that fertilizer will represent more than 33% of the total variable costs in 2015. While fertilizer prices have held strong this year, in this post we wanted to provide a long-run perspective on fertilizer prices and shed light into what the future may hold.

The Price of Fertilizer

It is often noted that fertilizer prices are at record levels. Over a producer’s lifetime, prices have trended higher and higher. This is illustrated in Figure 1, which shows the nominal price of selected fertilizer products from 1960 to 2013.  It’s really important to keep in mind that these are nominal prices, not adjusted for inflation. These data should be taken with a grain of salt as a dollar in 1960 had much different buying power than a 2013 dollar.

To account for inflation and compare the prices of fertilizer with a consistent measure over time, the real price of selected fertilizers is show in figure 2 (the base for the price adjustment is 2009). When adjusting for inflation, slightly different stories emerge.

The first story is that, while recent fertilizer prices are higher than most years, anhydrous ammonia and diammonium phosphate (DAP) prices were higher in 1975 in real prices. This is probably not intuitive to most as the nominal price in 1975, the price checks were written for, were significantly lower then (Figure 1).

The second story that emerges is that real fertilizer prices experience a peak and trough pattern to commodity prices. These are characterized by short periods of high prices followed by years of lower and relatively consistent prices. The peak in prices in the 1970s were followed by a period of much lower prices that lasted several decades. It appears that current prices are another peak period.

This is most evident with anhydrous ammonia. From its peak in 1975 of $1,056 per ton, it tumbled to a low in 2002 of $298 per ton (real prices). There were 27 years of declining real prices that worked out to an average annualized decline of 4.6%. DAP and potassium chloride experienced the same trend with average annualized real price declines of 4.9% and 2.7%, respectively, over the same period.

To consider the price trend over the entire data series, trend lines were added (noted by the dashed lines). For anhydrous ammonia and DAP, the trend lines are downward sloping. This reflects the real price of those products has generally decreased over the entire data series. For potassium chloride, the slope of the trend line is slightly positive, after being pulled higher by record higher real prices of recent.

In the case for all three products, the current, real prices are above the trend line prices. If we were to expect prices, in the long run, to return toward the trend line and, what might future fertilizer prices look like?

These trend estimated prices should not be viewed as a forecast of future prices. Instead they are a look at where prices would be if they returned to the trend line.

Current fertilizer prices are high in both real and nominal prices. In some cases, the real, inflation-adjusted prices are challenging the historical highs. Additionally, current prices are considerably higher than the estimated trend prices.

Another factor to consider is that although there is a longer-term trend in prices, prices seldom fall on the trend line. Rather they spend periods (sometimes many years and even decades) well above the trend and then long periods below the trend. We have recently been in a period where prices are well above their long-term trends. This is something that one observes in long-run price trends in commodities as well and something we’ll soon discuss in another post.

For 2015, relief in the price of fertilizer does not seem to be in the cards and the current price peak period is still on-going. However, there is historic precedent for prices to trend lower, in the long run, and enter a more stable, trough period. Investments in fertilizer manufacturing capacity, handling, and distribution all increase the likelihood of lower prices in the future. The timing and magnitude in any price relief is unknown, but the industry will be watching the trend carefully.

Aging American Farmers and Their Farmland