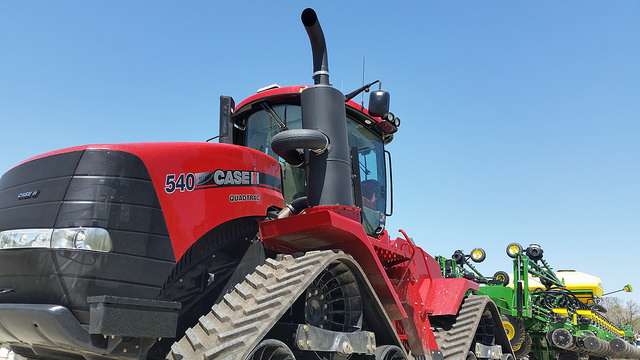 The U.S. farming system is capital intensive. As the agricultural sector adjusts to lower commodity prices many areas of the agricultural economy will adjust and it’s hard to imagine that capital expenditures will escape significant adjustment. We have looked at fertilizer prices, seed prices, land prices, and equipment investment in recent posts. With respect to machinery and equipment investment, David recently noted that both USDA and farm record keeping data indicated that these costs had not yet showed declines. We decided to take a further look at the main components of capital investment on U.S. farms and examine how they had changed over time.

Farm capital expenditures can experience large swings from year to year. Since 1960, there have been 24 years when investment increased or decreased by more than 10% from year-to-year. However, most of these larger changes have been on the upside. There are only 7 occasions since 1960 when farm capital investment fell by more than 10%. Three of these including the largest annual decline of 26% occurred in the 1980s.

As seen in Figure 2, in real terms (2009 dollars) annual capital expenditures did not approach anything close to the 1979 peak. Capital expenditures are forecast to decline, but they remain well above levels of even the mid 2000’s. One would expect that there is more room for these values to decline.

What Types of Capital Expenditures?

How farmers have allocated their capital expenditures has changed over time.   Figure 3 shows the percentage of total capital investment in each of the different subcategories over the time period 1960-2013 (forecasts for all subcategories were not available for 2014 and 2015). At the top of the graph one can see that the share of expenditures made on autos, once accounting for roughly 10% of total capital expenditures, has steadily declined over time.

A Look at Corn and Soybean Seed…