From the Fed to the Farm: A Look at Farm Interest Rates 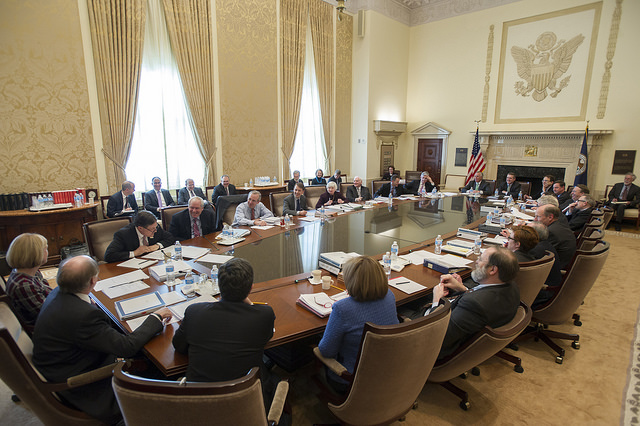 There has been widespread speculation about whether the Federal Reserve will raise interest rates at the upcoming Federal Open Market Committee (FOMC) meeting. Regardless of whether they decide to raise rates or not, it certainly been some time since rates have risen. In fact, the Fed Funds rate has been held near zero since late 2008 when the financial crisis was in full swing. One has to go back even further, 2006, to observe the last time that the Fed raised the target rate. A long time indeed.

The impact of low interest rates on agriculture has been debated quite widely. We have argued for some time that low long-term interest rates have played a supporting, if not key, role in the dramatic rise in farm real estate values and we’ll provide some perspective on longer term rates in a subsequent post. While the Fed’s decision won’t necessarily impact long-term rates, any decision to increase rates may impact the shorter term borrowing rates faced by farmers. In honor of the Fed’s big decision we decided to take a look at historic farm interest rates and think about how changes in interest rates might impact the farm sector.

The Long Road Down

While businesses and farmers pay rates well above the Fed Funds rate, the interest rates they pay have declined considerably over the years. The average interest rate paid on non-real estate agricultural loans is shown in figure 1. Today, that value stands at 4.1%. While not the absolute lowest in the nearly 40 years shown on the chart (that was 3.72% in the second half of 2014), for practical purposes it is not much higher. To find the last time that rates were even above 6% one must go back to 2008.  That seems like yesterday for many of us, but it was actually 7 years ago. To further make the point about how low rates have been in recent times, since 2002, the only time rates were above 6% was from q1 2005 to q1 2008. The recent decade has been unusual in a historical context. From 1977 to 2000 (an admittedly arbitrarily selected period), farm interest rates averaged 10.5%. Similar to most goods, as prices fall, more is demanded and credit appears to be no exception. We pointed out in this post that the use of agricultural credit has expanded substantially over the last decade. However, in real terms it is still below the all-time peak reached in 1980/81.

Farmers use non-real estate credit for a variety of purposes. These include securing the inputs (seed, fertilizer, crop protection, labor, feed, feeder livestock, etc.) necessary for agricultural production. These inputs are typically financed with operating credit and are paid back in less than a year. Other non-real estate credit needs include loans for machinery and equipment which are typically financed on a slightly longer term.

When profitability in agriculture is high, the need for operating and other short term credit typically falls as farmers finance a larger portion of these needs with cash flow from operations. However, now that profitability is slowing, it appears that credit demand is rapidly increasing. For an excellent discussion of this situation see these articles (1, 2) by Kauffman, Cowley, and McCoy at the Federal Reserve Bank of Kansas City. If interest rates were to rise, the farm-level impacts would ultimately depend on the magnitude of any increase. At the June meeting FOMC participants were asked about their individual expectations of appropriate targets of the federal funds rate in 2016 and beyond. These results are available here.  While there is a wide range of expected outcomes for 2016, and will likely be different when asked at the upcoming meeting, our take is that an increase of 100 basis points into 2016 is a possible scenario.

To consider the farm-level impacts of such a change, consider a corn farmer that finances $400 per acre of operating expenses. A 100 basis point increase in interest rates would mean an additional $4 per acre of costs. If they were currently borrowing at 4%, the interest bill would increase from $16 to $20 per acre. Certainly not a welcome increase, but far from the end of the world.

Another area to consider is agricultural equipment. Spending on capital inputs is already under significant pressure. Increases in interest rates will only add to the price of equipment. A 100 basis point increase would add $3,000 to the price of a $300,000 tractor. Something that is not likely to sit well with potential buyers who are already under significant financial pressure.

As the Fed ponders increasing short-term interest rates, many agricultural producers are increasing their use of credit. If rates increase, it will mean higher costs for many producers. The practical issue is whether this increase is enough to make a large difference in the profitability. Our view is that rates are not likely to rise enough in the short-term to cause large decreases in profitability.

Overall, it is not likely interest rate increases on non-real estate loans will place a huge financial burden on agricultural producers in 2016. However, it adds another cost increase to the ledger in a period where significant cost reductions are needed. The bigger question will likely be how many producers can remain credit worthy in a period of rapidly declining profitability.

Government Payments to the Rescue?