Got Dairy? A Look at Dairy Consumption Trends 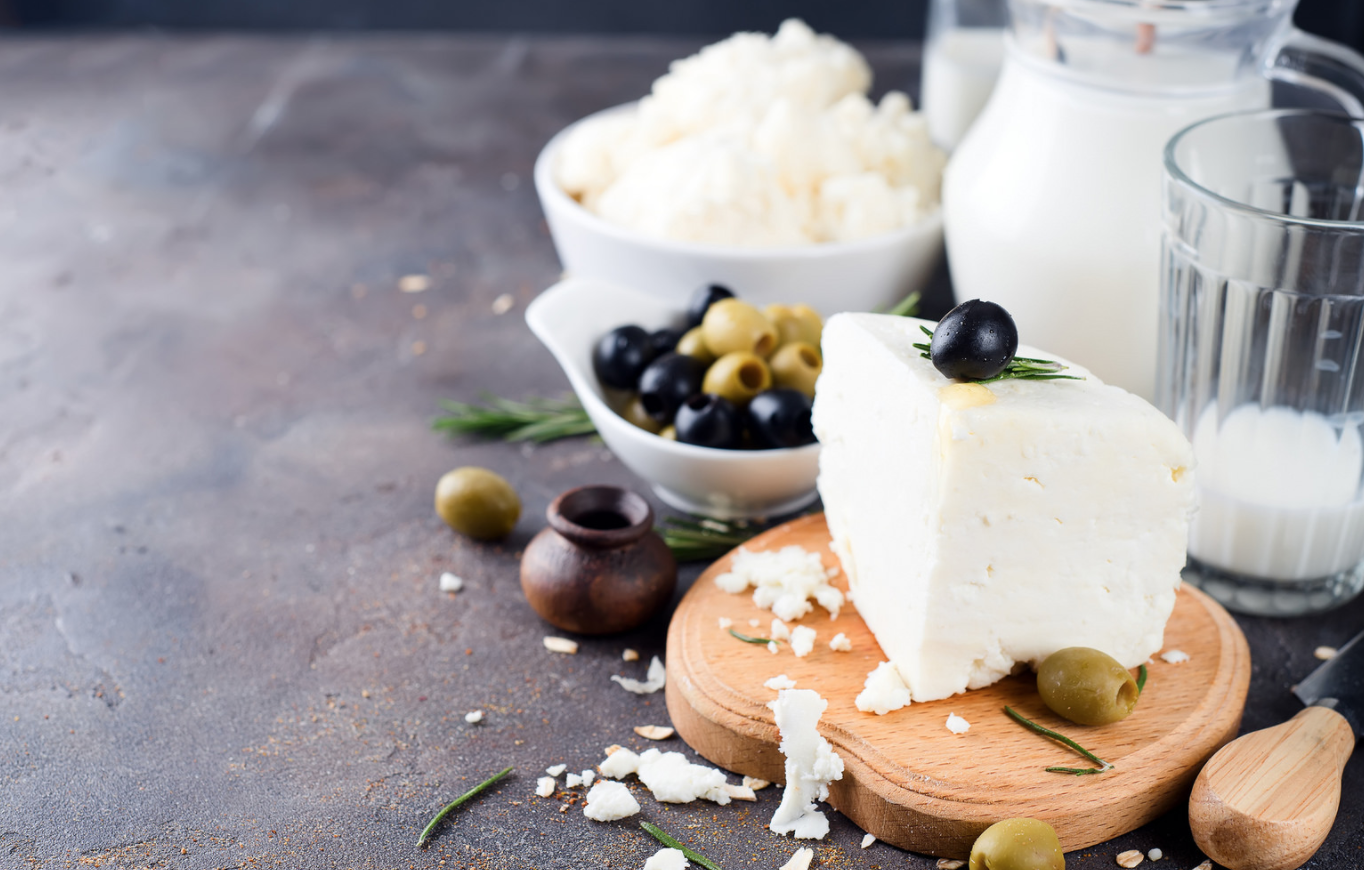 I noticed the local grocery store recently remodeled. The most obvious change was increased real estate in the dairy sections, specifically cheese and yogurt. McDonald’s also announced recently they would begin using real butter. With all this attention on dairy I began wondering about consumer trends. This week, we take a look at U.S. dairy consumption trends. 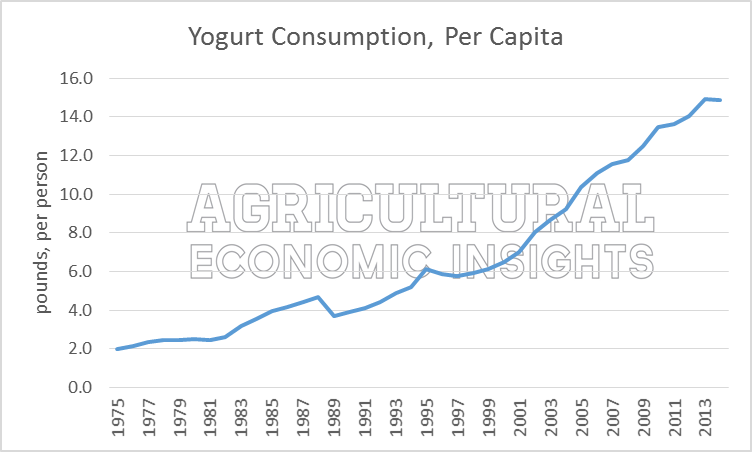 It’s interesting to note that consumption of Other Cheeses dipped in 2008 and 2009, corresponding with Great Recession. Maybe cheese consumption holds some insight on the health of the broader economy.

Not all Dairy Products are Trending Higher

While consumption of butter, yogurt, and certain cheeses has trended higher, the trend towards increased consumption has not held across all dairy products. Consumption of fluid milk has contracted sharply since 1975 (figure 4). In 1975 per capita consumption was 247 pounds; it had declined to 159 pounds by 2014. A trend line of these data (not shown) report a contraction in milk consumption at a rate of 2.0 pounds per person per year. Certainly a rate of decline that becomes significant over several years and cannot be ignored. 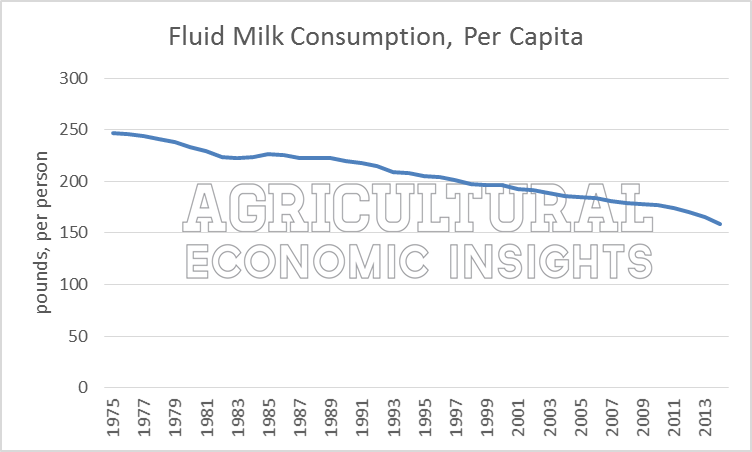 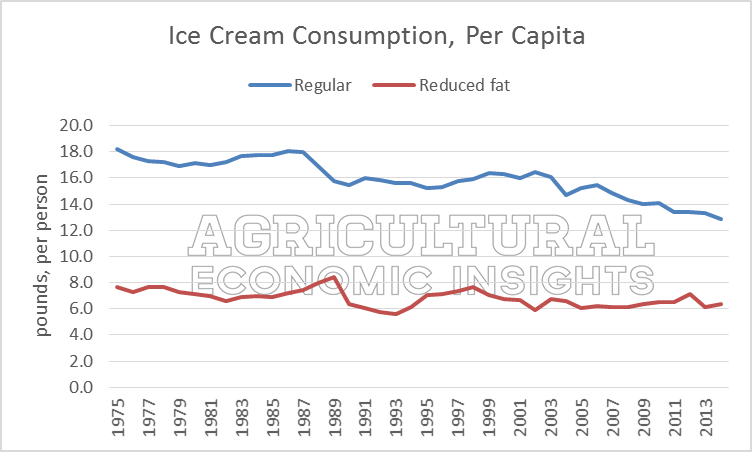 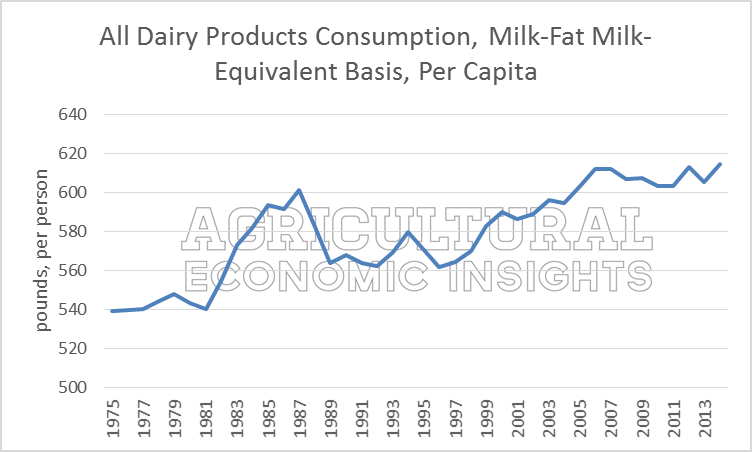 Trends are tricky as they can be slow to develop and track. In some cases, trends may be underway but overlooked as they are slow changes playing out over several years or decades. Yogurt is great example of a trend that spent years sneaking up on us. While Greek yogurt has been a popular new trend in the yogurt section, the overall trend of higher yogurt consumption has been underway for decades.

In short, the dairy sector is one of significant but slow changes. Over nearly four decades, per capita consumption has trended higher for butter, yogurt, and some cheeses. At the same time, consumption of fluid milk and ice cream has trended lower. As consumer trends continue to unfold, expect even more changes in the grocery store displays, in supply chain investments, and, eventually, at the farm-level.

What in the World is Going On…