Will Farmers Benefit from Lower Fertilizer Prices Again in 2017? 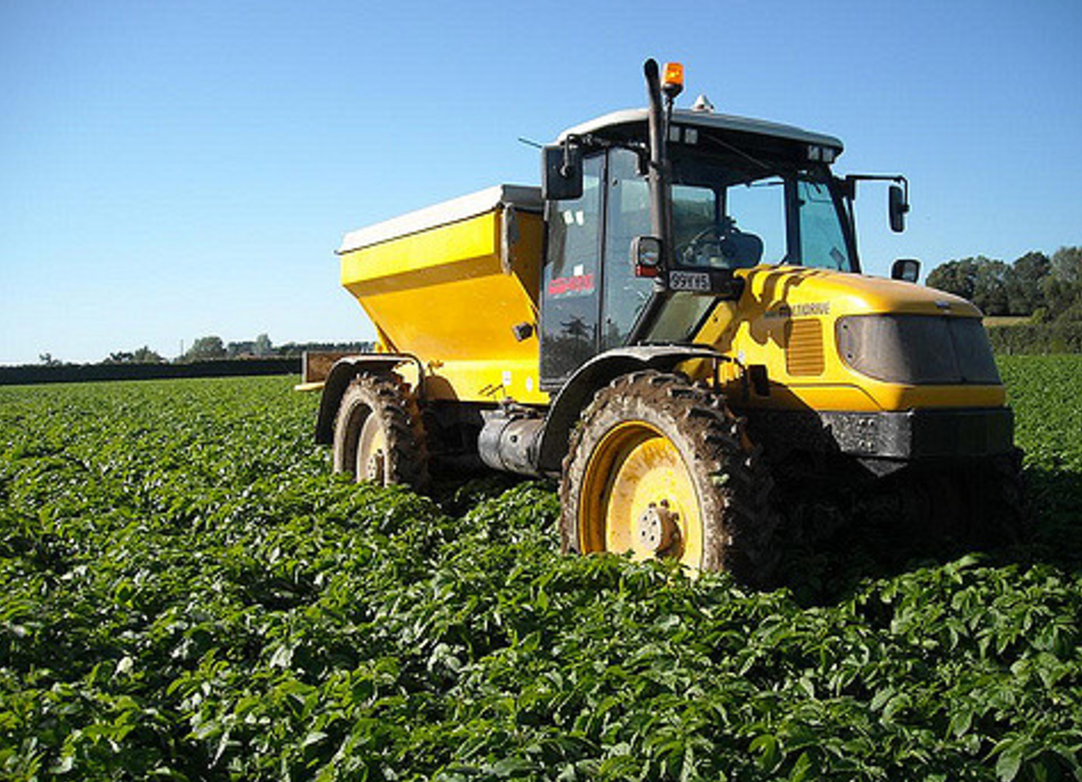 While the timing and magnitude of price changes varied across the three products, the general trend was consistent.  Prices trended higher after 2010 and since mid-2013 settled lower. And while it’s difficult to observe in figure 1, fertilizer prices observed since August 2016 have all been at the lowest levels since 2010.  This is also true for other types of fertilizer not shown in the graph including, urea, 28% liquid nitrogen, and MAP. 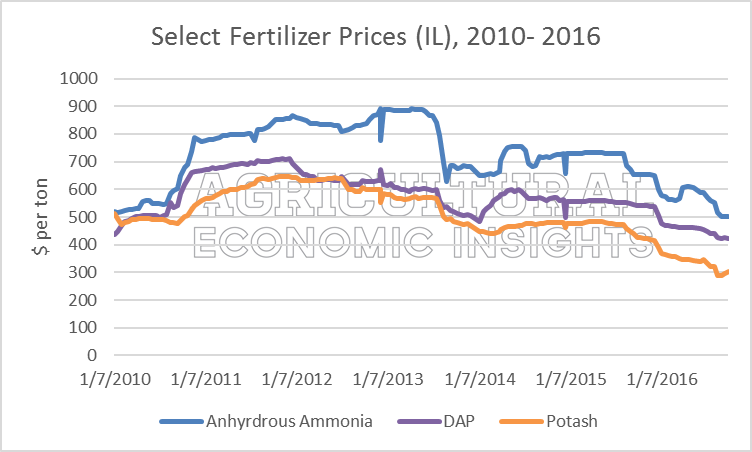 A closer look at recent price trends for anhydrous ammonia in Illinois can be seen in figure 2. After relative stability from January to August 2015, prices quickly ratcheted lower. From nearly $725 per ton in early 2015, we noted last Fall that prices fell more than 10%, to nearly $650 per ton. Right before 2016 planting began, prices fell an additional 15%, to roughly $550 per ton. They then ticked higher in April and May as the large acreage of corn planting got underway – inching above $600 per ton – but have since fallen to nearly $500 per ton.

In the fewer than 2 years of data shown in figure 2, anhydrous ammonia prices went from $725 per ton in early 2015 to nearly $500 per ton recently. And while many expected lower fertilizer prices, the magnitude of the decline, more than a 31% decrease, is more than many likely expected.

Beyond anhydrous ammonia, figure 3 shows the changes in fertilizer prices from Spring 2016 – or the average prices for April to May- to September 2016. Nitrogen price – anhydrous ammonia, urea, and 28% liquid – have fallen the most (15-20%). DAP prices are off 8% and potash is down nearly 15%. And while it’s a little while before most farmers start applying corn fertilizer for 2017, the prospects of lower fertilizer again in 2017 is likely to help the improve crop budgets and support the overall outlook. 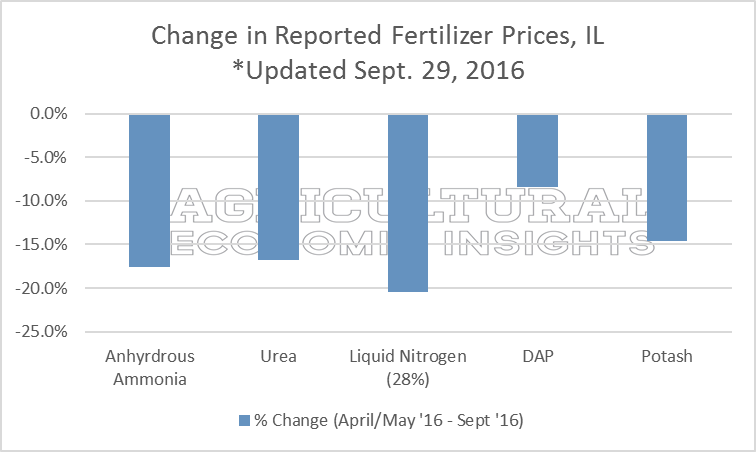 It’s important to consider the farm-level implications of these price declines. In figure 4, an estimated fertilizer expense for a 180-70-70 nutrient application (using anhydrous ammonia, DAP, and potash) is shown. Estimates from 2010 to 2016 utilize average Spring prices in Illinois (April and May) and the Fall 2016 estimate uses the average price in September.

Today, Fall 2016 prices would bring the cost of this fertilization rate to $96 per acre, almost $16 per acre lower than Spring 2016 prices. At the end of the day, the fertilizer price declines have resulted in substantial cost reductions, with current fertilizer expenses for this type of application nearly 40% lower than 2014/2015 levels. 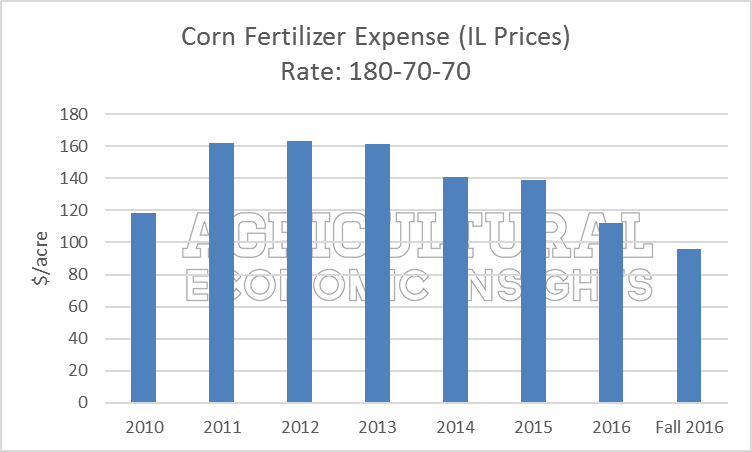 Falling fertilizer prices have been an important driver in lowering costs of production. This was especially true for 2016 production. Considering the application rates that we used in this example, the fertilizer cost savings are $64 per acre from those seen in 2013.  This is a large decline indeed.

While prices are currently lower than earlier this year, it will be important to monitor demand for fertilizer – especially the intended size of the 2017 U.S. corn acreage. While the large price declines observed over the last two years have been impressive, the declines are especially noteworthy considering amount of corn planted in 2016. Commodity prices, fertilizer prices, and crop acreages will all be important factors to watch over the winter.

Wheat Prices: How Low is Low?