Off-Farm Income to Save the Day? 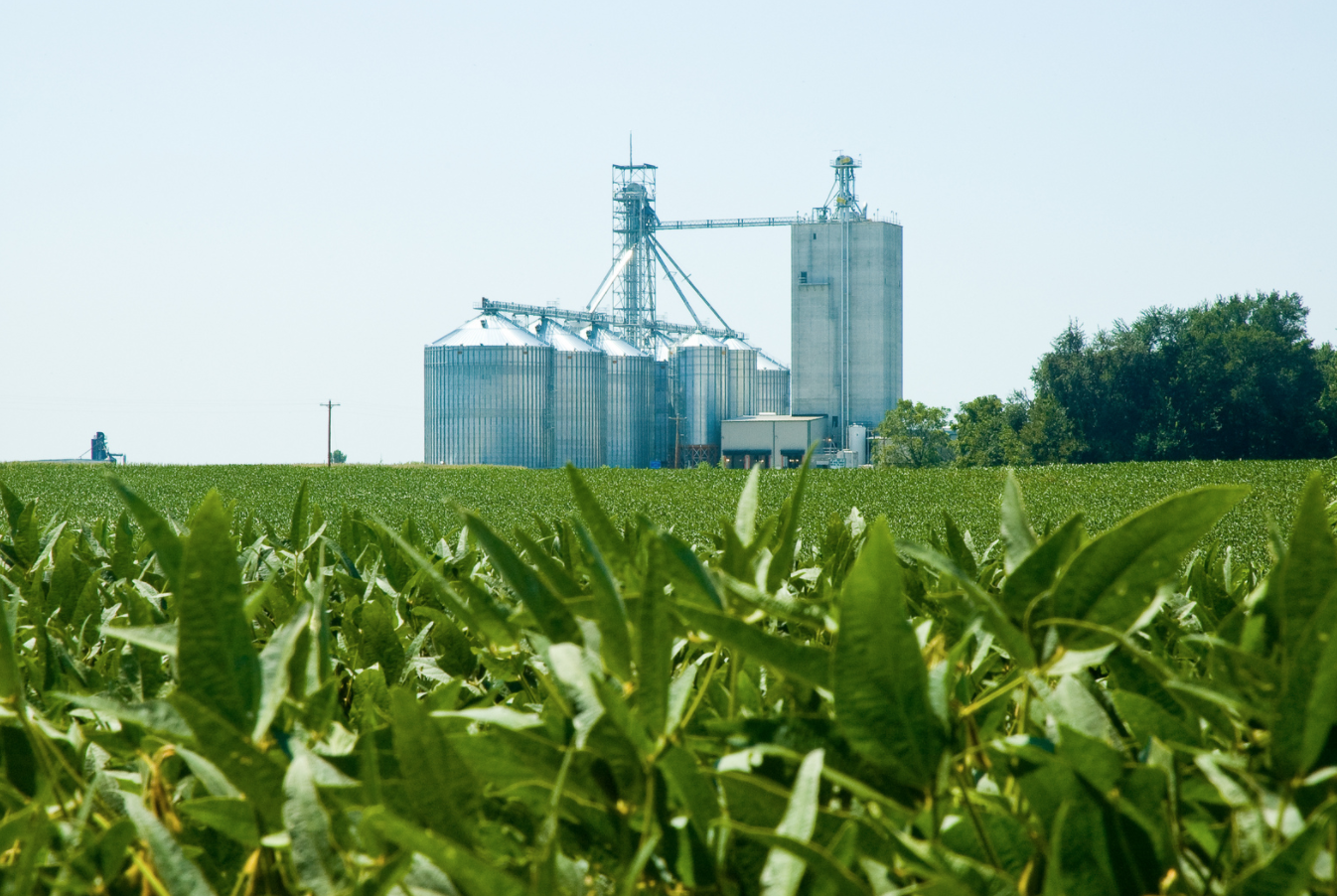 We frequently utilize the USDA’s farm income data to monitor and report about farm economy, especially given the large, rapid decline in farm incomes since 2013 (you can read our latest post on net farm income here). Often included in the USDA’s reports are comments and data about off-farm income. In November, for example, former Secretary of Agriculture Tom Vilsack commented in a press release that higher off-farm income are “expected to stabilize losses due to commodity prices.”

For this week’s post, we decided to consider off-farm income and what impact it has on farm households.

While the data in this post focuses on average farm income, the USDA also provide another measure – the median. Median on-farm income over this time-frame was always negative, ranging from -$118 to -$2,250. This tells us that on any given year more than half of all farms had negative on-farm income. We will explore that a bit more below. 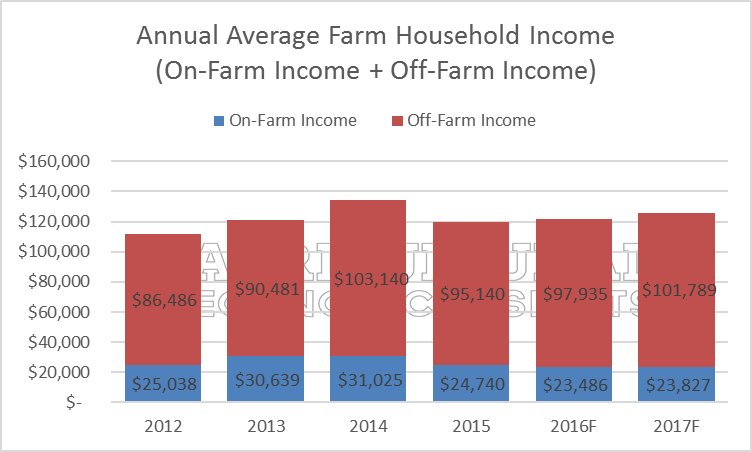 For these data, the USDA provide three categories of farms[1]. Residence farms, which account for 60% of all farms, have less than $350,000 in gross farm income and the operator is retired or has primary occupation other than farming. Intermediate farms are primarily engaged in farming and have less than $350,000 in gross farm income; they account for 31% of all farms. While these farms account for the majority of operations, 90% or so, the USDA also reported that in 2015 that these farms accounted for less than 25% of the total value of agricultural production.

The third category – commercial farms accounting for 9% of farms – are those with more than $350,000 in gross farm income. This group accounted for more than 75% of the total value of agricultural production in 2015.

For commercial farms, on-farm income accounted for the majority of household income (76%). Off-farm income for this group was only slightly larger than intermediate farm levels. 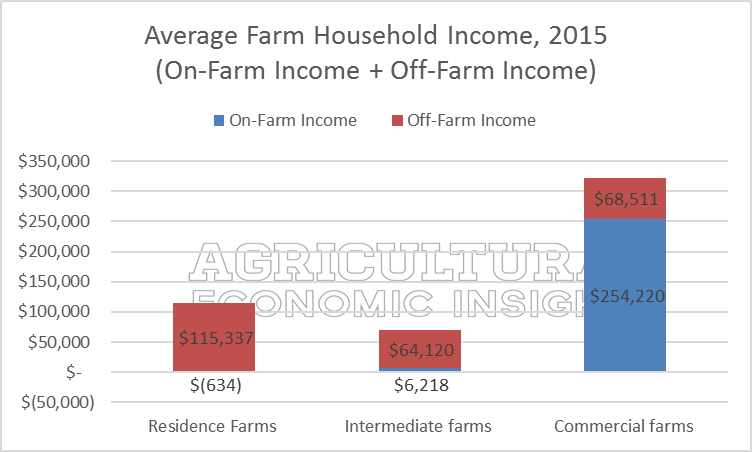 It is important to note that these income data do not account for debt-service requirements. Farm debt for residence farms averaged $31,000 in 2015 while nearly $637,000 for commercial farms. While household income is considerably higher for commercial farms, this should be expected given debt payments would be made from the reported income.

For a broader look at the relationship between on-farm and off-farm income by farm type, the same data – presented in a slightly different manner- is shown for 1996, 2006, 2015 (figure 3). As one can see, the general trends observed in figure 2 hold true for the other years observed. Most noteworthy, on-farm income for residence farms was, on average, negative each of the three years observed. This is important to keep in mind given they accounted for a majority of farms in 2015. 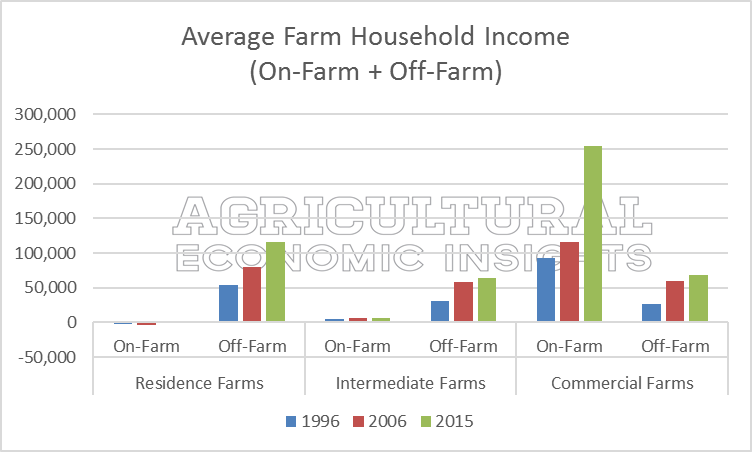 As mentioned before, these data do not consider debt payments as household income (on-farm and off-farm) is what producers use to pay their farm debt. Declining incomes will make servicing these debts more difficult and, as a result, the USDA’s commercial farm category will likely feel the dip in farm incomes the most.

While a majority of operations are more heavily reliant on off-farm income, this is not the case for commercial producers – those with more than $350,000 in gross farm income. Accounting for a small share of total operations (less than 10%), they collectively account for nearly 75% of production. Accounting for a large share of total production, these are the operations that ag lenders, ag retailers, and ag manufactures think about as being their core customer.  Given the numbers in this post it is unlikely that off-farm income will completely cushion the downturn (or save the day) for most commercial farm households.

[1] Residence Farms – Less than $350,000 in gross cash farm income and principal operator is either retired or has primary occupation other than farming.

How Has Your State Fared Under the…