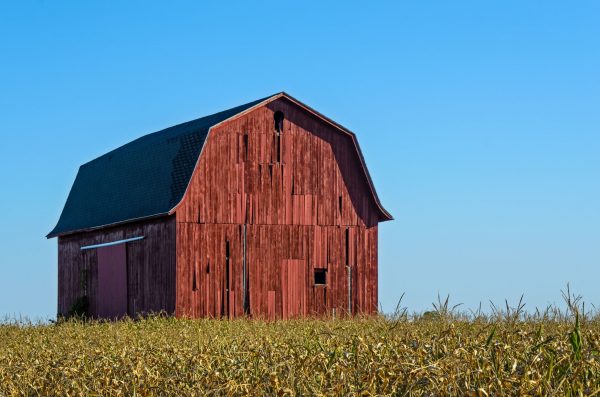 Based on the Economic Research Service’s latest farm income forecast, 2018 will not be the year that the farm income situation improves.  Farm income has now been in general decline for 4 years and seems to be headed for a fifth in 2019.  While the farm sector went into this period in excellent financial health, the downturn has clearly started to take a toll.

Recently we discussed how U.S. farm debt now stands near record inflation-adjusted levels with real-estate debt leading the way higher.  We have also discussed how working capital levels in the sector have dropped dramatically.  Given these trends, we wanted to examine a few more indicators of the farm financial condition.  The measures that we will examine here are calculated at the sector level, so we note the usual caveat about individual conditions varying from the aggregate data.  Although not calculated at the farm level, these measures usually provide a good indication of the general trends at the farm level. 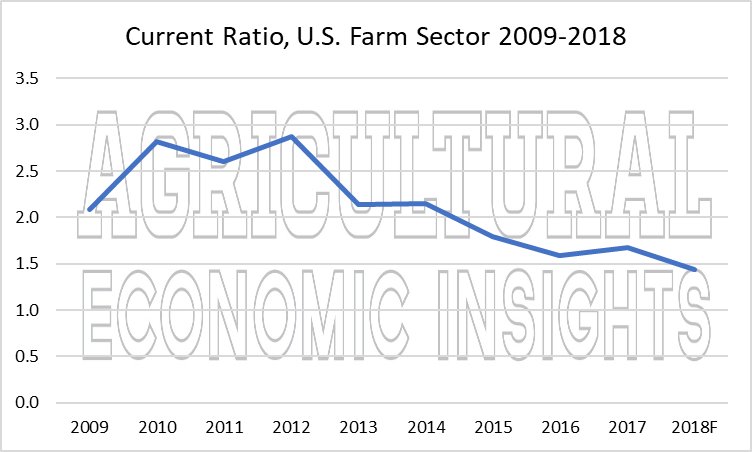 The general decline in liquidity can also be seen by examining the ratio of working capital (current assets less current liabilities) to gross revenue.  This is shown in Figure 2.  Today, working capital amounts to 12% of gross revenues.  As was the case with the current ratio, this is by far the lowest level seen since 2009.  The appropriate level of working capital and adequacy of the liquidity situation is open to debate, however, it is absolutely clear that liquidity levels have fallen quickly and considerably.  Given these two measures, it is likely that liquidity is becoming a serious issue for a number of farms. 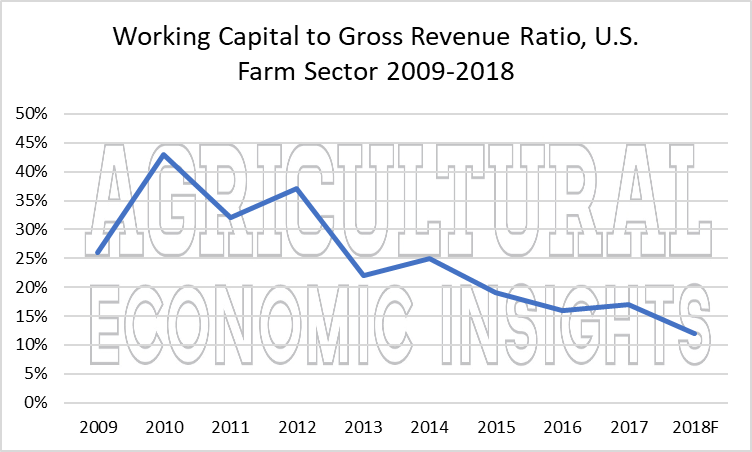 The combination of operating expenses consuming a greater proportion of revenues and revenues declining is very undesirable.  In other words, operating expenses are grabbing a bigger slice of a shrinking pie.  The result is that there is less left over to cover interest expenses and capital consumption. 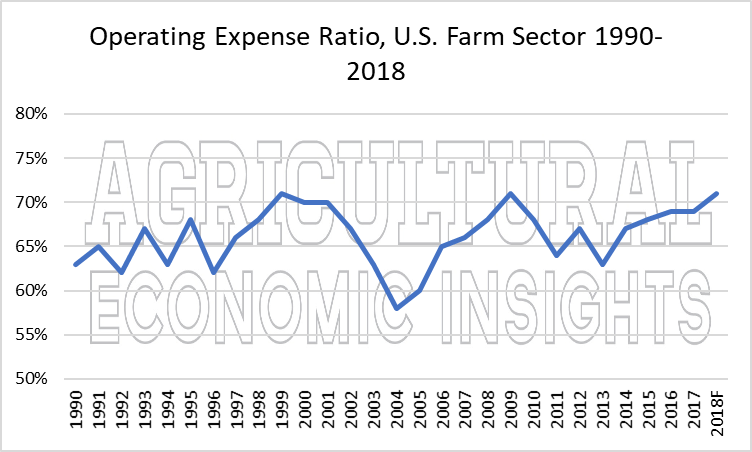 Given the increases in overall sector debt and the current trend toward increasing interest rates, it will be critical to monitor measures of repayment capacity.  The times interest earned ratio is calculated by dividing net farm income plus interest payments by interest payments.  This measure is best understood as a way of saying how comfortably net income covers interest payments.  As with the other measures, this ratio is currently at its most unfavorable level since the 1980’s (not shown in chart). 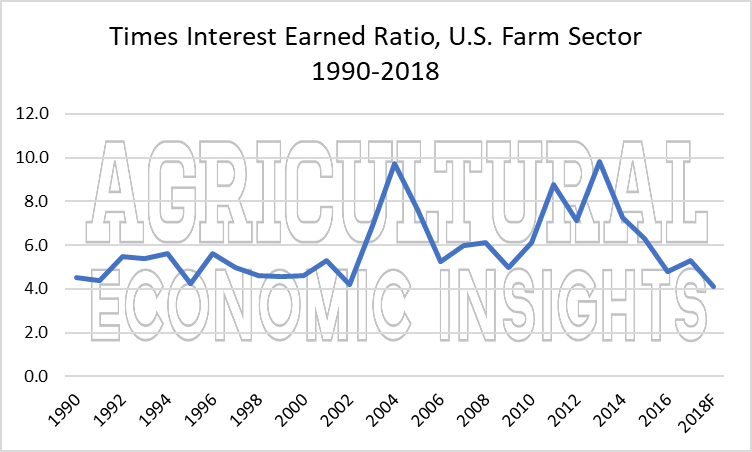 Keep in mind that operating expenses accounted for 71% of the value of farm production.  When you combine this with 28% going to interest and principal payments, 99% of the value of farm production is accounted for. This means that funds to cover capital consumption and family living are not internally available.  This makes it unsurprising that debt levels have continued to increase. 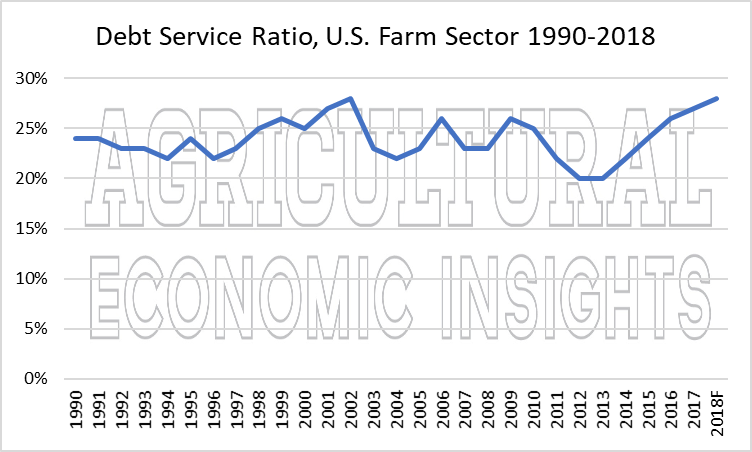 To date, the farm economy has held up relatively well in the face of a roughly 50% drop in farm incomes.  However, the length of this downturn is starting to take its toll on the sector’s financial condition.  With farm debt standing at near record inflation adjusted levels, most measures of liquidity and repayment capacity have continued to decline and are approaching some of the most undesirable levels in decades.

It is difficult to find a silver lining in the numbers.  However, it is also important to remember that these are sector-level trends and individual farm financial conditions can and will vary from the indicators shown here.  Undoubtedly there are farms that are doing quite well in this economy, but there are also many that are likely struggling.  Given the levels of the indicators that are examined above, it is clearly time for farm managers to carefully manage their finances.  An upturn in the ag economy would certainly be welcome and would allow farmers to start to rebuild working capital and improve repayment capacity.