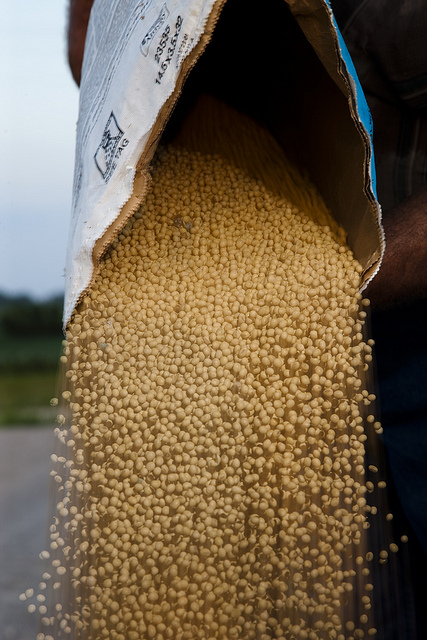 Declining costs of production have been an important improvement during the farm economy downturn. While the overall trend has been for lower costs of production, changes in production expenses have not been uniform across inputs. Fertilizer, for example, has experienced significant declines. This week’s post reviews trends in corn and soybean seed expense.

Figure 1 shows the USDA’s reported average annual corn seed expense. These data are shown since 1975 and are in real terms, or inflation-adjusted (2017 = 100). As we have noted in our earlier posts, the uptick in corn seed expense over the last decade has been nothing short of dramatic. Corn seed expense (shown in orange) was mostly $40 per acre from 1975 through the mid-2000s. In 2005, the expense began to increase, reaching a high of $105 per acre in 2015. Most recently, corn seed expense has turned lower in recent years. For 2017, corn seed expense was $99 per acre, a $6.25 per acre decline, or 6% lower, over two years.

For context, corn seed expense increased from $43/acre in 2000 to $99 in 2017 (in real terms). Over the last 18 years, the expense increased by 131%, or increased at an average annual rate of 5.1%. That is a significant rate of increase sustained over nearly two decades. 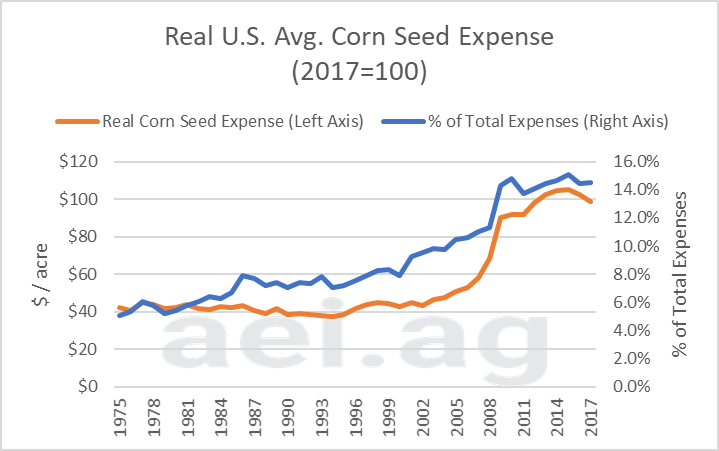 Comparing soybean expense in 2000 to 2017, the change over 18 years has been slightly less than corn. In total, seed expense increased by 113%, equal to a 4.5% average annual rate of change. 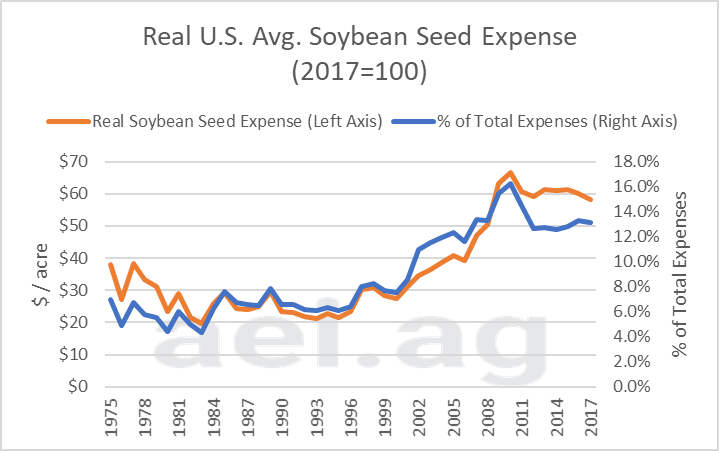 Similar to the earlier data, corn seed expense in the crop budgets also turned higher during the farm economy boom. Where the budgets had been $30 per acre in the early 2000s, the expense exceeded $120 per acre recently.

In 2018, budgeted corn seed expense was $111 per acre. This represents a $12 per acre decline over two years, or a 10% decline. The decline is a welcome improvement for producers. 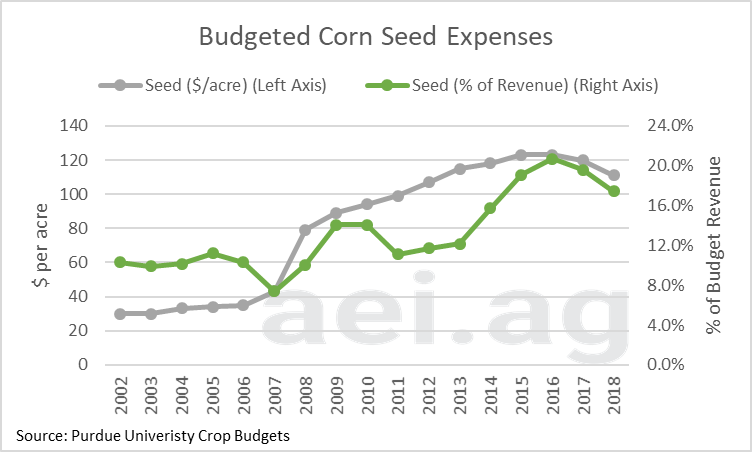 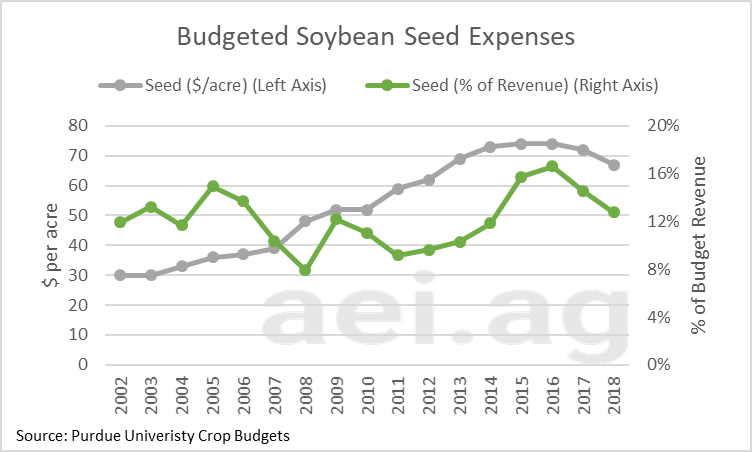 After initially resisting adjustments lower, seed expense for corn and soybean production have turned lower in recent years. Although the changes have been smaller than what was observed in fertilizer and cash rental rates, the improvement has been welcome. However, it is worth noting how much seed expenses increased during the farm economy boom. In most cases, seed still accounts for a historically high share of total production expenses (figures 1 and 2), or budgeted revenue (figures 3 and 4).

It is important to note these data are seed expense, which is a reflects several different factors. Undoubtedly, changes in seed prices have been an important contributor, but changes in seeding rates, which we looked at in an earlier post, have also had an impact.

What About Higher Yields? A Closer Look…