A Quick Peek at 2019 Corn and Soybean Budgets 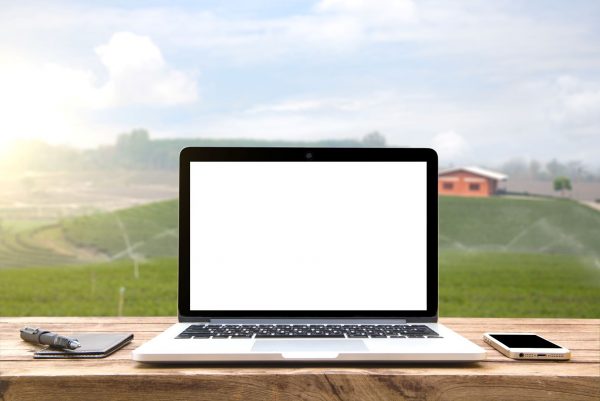 We are quickly coming up on the time when crop budgets for 2019 will be formulated.  Purdue University recently released their initial crop budgets for 2019.  The results indicate that it will be another challenging year for crop producers.  They also suggest that, at least for the Eastern Cornbelt, corn and soybean profit potential may be closer than one might initially think.

We have highlighted a couple of important lines (contribution margin and net profit) in bold.  There are a few things to note.  First, it is clear by looking at the contribution margin and net profit lines that the budget again strongly favors rotation.  The extent that you feel comfortable with the yield assumptions associated with continuous corn versus rotation corn will drive how strongly you agree with that conclusion.  Under these assumptions, continuous corn has a $56 per acre disadvantage to rotation corn and an $83 per acre disadvantage to soybeans.

Perhaps the most surprising result is that the budget actually shows rotation beans having the highest contribution margin of the three alternatives again in 2019.  Beans have held an advantage in these comparisons since 2013. In order to bring the contribution margin to parity, one would have to drop the cash soybean price by $0.50 to $8.70 per bushel while holding corn prices constant.

One factor that is supporting soybeans in this budget is the soybean basis assumption.  The Purdue budget left basis unchanged from previous years.  The extent to which basis in the current year is similar to other years will probably have a large impact on planting decisions.  In many regions of the country, the basis has deteriorated significantly and could have a large impact on the budgeted profitability of soybeans.

The second key result of the budget is the overall negative profitability outlook.  The net economic profitability shows the potential for very large economic losses in 2019.  This is the 6th year in a row that the net earnings with these budgets have been negative.  Of the six years, 2019 is forecast to be the second worse, trailing only 2016 when budgeted losses were $183 per acre.  The cumulative sum of the budgeted losses for those six years -$927 per acre! While actual outcomes may have been better than budget, it is not surprising that working capital in the sector has continued to decline.

The last line in the table shows the return to farmland.  This is calculated by subtracting all the costs except farmland from revenue.  As one can see the returns to farmland are very small.  At present cash rents, the returns are clearly not sufficient to cover other cash costs and rents.  Rents would have to fall substantially to create profitability. If the situation doesn’t improve, one would think that cash rents will continue to come under downward pressure.

It is interesting to see that, at least in areas with similar basis patterns and yield relationships, soybeans will probably continue to be popular in 2019.  This is in spite of the price decline from previous years.  In the Purdue budget, the corn yield is 3.2 times bean yield and the soybean basis is only $0.10 lower than corn.  To find areas that beans are less attractive one would look for regions where corn yields are higher relative to soybeans and/or basis is less favorable.  Given current prices, it is likely that reduced bean acres will have to come from those regions as the budgets are currently doing little to discourage bean acres in places like Indiana.

It is important to remember that these are budgeted not actual returns.  In recent years large yields have helped to offset some of the projected losses. In addition, market facilitation payments cushioned some of the blow of lower soybean prices in 2018.  However, for those that have not had high yields, the outcomes may have been even worse than budgeted.

It is clear that the potential profit situation for 2019 looks rather bleak at this point.  However, it is early in the outlook.  It will likely take market price appreciation to improve the budget outlook for 2019.  The projected loss for 2019 comes on the back of 6 years of reduced profitability.  The cash flow planning and budgeting process will likely not be a fun exercise this winter.  Unless the price situation improves, the financial situation on many farms will continue to decline.

The 2018 Agricultural Year in Review