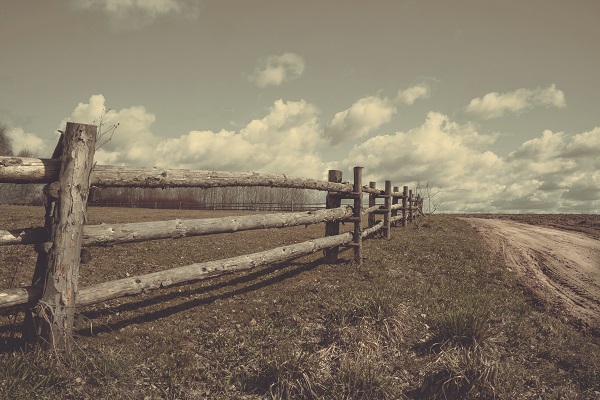 By David Widmar and Brent Gloy

Last week the USDA released its first estimate of net farm income for 2019. While this is an early look, there few things that caught our attention. This week’s post reveals a few key insights, especially about 2018.

Figure 1 shows real – or inflation-adjusted- net farm income from 1929 to 2019 (2019 dollars). Over the 91 years of data, farm income has averaged $84.2 billion (shown in orange). Furthermore, the black lines in figure 1 illustrate one standard deviation above and below this mean. This chart helps provide context to the current estimate of farm income.

Although the forecast for higher income caught most of the headlines, farm financial conditions are still challenging. Historically speaking, a net income of $69.4 billion remains low. Since 1990, net farm income has only been less than $70 billion 6 times. What makes the farm economy in recent years such a challenge is that 3 of those low farm income years have occurred over the last 4 years (2016, 2018, 2019) and 2017 was hardly a banner year.

That said, it’s also important to point out that current conditions remain much stronger than in the 1980s when real farm income fell below $50 billion in 2019 dollars. 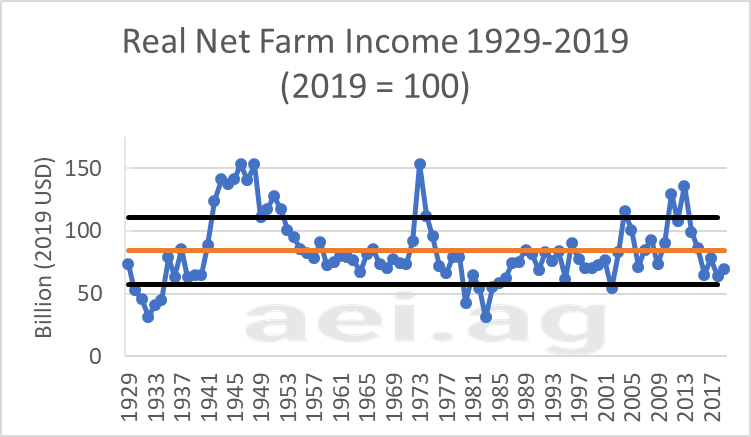 While the forecasted farm income increase is welcome news, we were curious about the drivers of this improvement. Figure 2 summarizes the source of change between 2018 and 2019. In green are the categories that contributed to an increase, while those in red pulled income lower.

First, the USDA is expecting higher values for crop (+$3 billion) and animal (+$1.1 billion) production. As 2019 unfolds, by these categories will be affected final 2019 production and market prices.

The other source of good news was lower forecasted production expenses. At +$5.5 billion, this category was the largest source of change.  Given some of the recent price movements in products like fertilizer, one might wonder whether this change will hold.

Finally, the last specific category observed was a decline in direct farm payments. The USDA has projected these to be $2.5 billion lower. This decline is from the wind-down of the Market Facilitation Program (MFP) payments as well as a decline in expected ARC and PLC payments.

If realized, an outcome where farm income in 2019 increases from a combination of 1) higher value of farm production, 2) lower costs of production and 3) in the face of lower direct government payments would be a positive story for agriculture. That said, this is an early projection with several revisions to come over the next 18+ months. 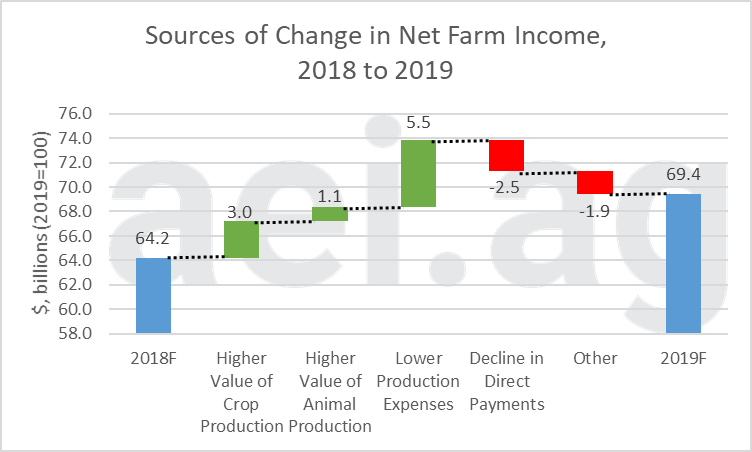 In our opinion, the updated 2018 farm income estimate was the biggest story from the USDA’s March update. At $64.2 billion, farm income in 2018 was at the lowest level since 2002.  More specifically, farm income in 2018 is currently estimated lower than 2016 levels. This is significant because 2016 was the previous low-water mark for the current farm economy slowdown. Put in other words, 2018 was the most challenging year for agricultural producers in recent memory. For a farm economy looking and hoping for a recovery, 2018 was a disappointment.

While the MFP payments were authorized in 2018 for 2018 production, a portion of that money wasn’t distributed until 2019. The estimate of net farm income in 2019 includes $3.5 billion in MFP payments.

The USDA’s first estimate of 2019 farm income provides some positive news. First, real net farm income is expected to be 8% higher. Second, the major sources of these improvements – higher values of production and lower costs of production – are encouraging. The looming question for 2019 is how these forecasts hold up.

Beneath the surface (or maybe at the surface), challenges in the farm economy remain. Net farm income in 2018 is currently forecasted at the lowest levels in recent years. Furthermore, farm income in 2018 was supported by $5.2 billion in MFP payments, something that we have been warned will not be repeated in 2019.

From The National Grain and Feed Association: Perdue also noted on Monday that no more trade mitigation payments are likely in 2019. “There’s not contemplated a trade mitigation program for 2019,” he said. “Farmers are very resilient and adept at making their planning and marketing decisions based on the current market. These facts are known now, unlike they were in 2018. So, farmers, even under financial duress, will make their best business decisions for 2019 without the expectation of a market facilitation program.”

The final sentence above is important.  It is clear that many farmers will be under financial duress if incomes do not improve.  If the trade war is not resolved soon, even those businesses making their best business decisions are unlikely to find a very welcoming economic environment.  We would expect the financial pain in the sector to be substantial without a trade deal.  Such a situation could send income tumbling even further.

As 2019 unfolds, we fully expect farm income estimates to change. In fact, these estimates may change significantly. At some point, the farm economy will need to break out of the $60 billion range it’s spent 3 out of the last 4 years in. In our minds, a level of farm income that would signal a meaningful improvement in the farm economy – and begin to alleviate concerns – would be $80 billion or higher.  Such an improvement would require a lot of things to undergo meaningful improvement.  The latest USDA estimates – and especially the 2018 reductions – would lead us to lower our expected probabilities of such improvements occurring in 2019.

Sizing up a Potential $30 Billion Ag…