The Farm Economy is Not All Bad News: 8 Positive Stories in 2018 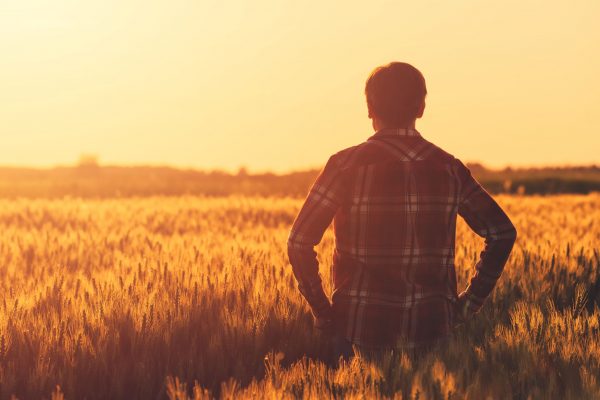 For agriculture, it has felt like the bad news won’t stop coming this summer. While the challenges and uncertainties playing out in 2018 will likely be a talked about for a while, we thought it would be helpful to pause and reflect on a few positive stories. Specifically, this week’s post reviews eight positive farm economy stories.

While most readers will be tempted to skip over this point (we know because our wheat posts aren’t nearly as popular as others) this is perhaps the most overlooked improvement in the farm economy. Wheat prices in 2016 were lousy and, for some producers, reached dreaded Loan-Deficiency Price (LDP) levels. This contributed to the significant decline in wheat acres, with wheat acres falling by 9 million acres (-16%) from 2015 to 2017 and reaching their lowest levels since 1910.

The good news is that wheat’s outlook has vastly improved. Farm-level wheat prices have increased nearly $2 per bushel since 2016-levels, up 55%. In 2018, wheat acres were slightly higher, helping set the stage for our second positive story.

The U.S. and world have faced abundant production and growing ending stocks. This was the results of big yields and additional acres. While many headlines focused on U.S. soybean acres surpassing corn in 2018, the big story was the drop of both corn and soybean acres. This increased the probability of declining ending stocks and higher commodity in 2018/2019 marketing year.

Over the last several years, corn, soybean, and wheat costs of production have adjusted lower. What would have been a $5 per bushel economic break-even for corn production a few years ago has fallen to almost $4 per bushel. Most of the reductions have come from lower fertilizer price and cash rental rates.
All else equal, lower costs of production increase the chances for farmers selling grain at prices near or above the cost of production.

Declining farm incomes have weighed on many measures of farm financial health, but data on farm loan performance shows a positive story. Farm loan delinquencies reached record lows during the boom-era. Recently, these measures have trended unfavorably, capturing attention. However, it’s important to recognize current levels remain below the long-run average delinquency rates and are below levels observed throughout much of the 1990s.

Interest rates – across farms and the broad economy- have increased in recent years. It’s important, however, to consider the context. Like farm loan delinquencies, interest rates have 1) increased from historically low levels and 2) remain well-below levels observed just a decade ago.

The plunge in farm income left many remembering – and fearing – a return of the 1980’s Farm Financial Crisis. One of the most difficult aspects of that period was a significant drop in farmland values. Brent recently wrote about farmland values and noted the data suggest farmland values remain stable.

While most would prefer a reality in which Trade Aid wasn’t a necessity, it’s a good thing the Aid coming. The USDA’s initial estimate of net farm income for 2018 was $59.5 billion. After estimating an $11 billion Trade War “hit” to the farm economy, the USDA’s planned $12 billion in support will go a long way in offsetting what could have been a massive hit to already low net farm income. There are numerous frustrations about the Trade Aid and overall situation, but, without a doubt, the Trade Aid will go a long way to support the farm economy.

“In short, people make each other crazy. And when times are bad – like now – they depress each other.”
-Howard Marks, Oaktree Capital Management, L.P. “What Does the Market Know?” 2016

While the current farm economy outlook warrants concern, it’s important to avoid solely focusing on the “bad news.” There are positive stories that are important to keep in mind.